The increasing tensions between China and the US, the worsening COVID-19 epidemic situation, as well as the declining approval ratings of US President Donald Trump have raised concerns, among strategists and experts, of a military conflict between the two nuclear-armed powers caused by the dangerous US attempts.

Chinese experts said on Tuesday that China could be restrained on retaliating to new US provocations on politics, diplomacy or economy, because Chinese policymakers will not let the Trump administration use them for his reelection, and will wait for the presidential election result to decide how to respond.

However, if Washington launches military provocations to challenge the bottom line of China’s national security and sovereignty, China will make immediate and effective retaliations. Experts said whether or not the two major powers can avoid military conflict in the next three months depends on the White House, and China needs to make its deterrence “more visible” to warn the US about how dangerous a war could be.

Jin Canrong, associate dean of Renmin University of China’s School of International Studies in Beijing, told the Global Times on Tuesday that apart from the upcoming presidential election and failed handling of the domestic epidemic situation, “the collective hostility against China among US elites and policymakers, which we didn’t expect, will also make the US more aggressive.”

Hostile remarks on China made recently by Secretary of State Mike Pompeo and National Security Advisor Robert O’Brien do not just represent the Trump administration, but also meet the demand of the “deep state” in the US, and China must be aware of these dangerous signs, Jin noted.

“Direct China-US military conflicts, or even the severance of diplomatic ties, which used to be unimaginable, are being discussed more frequently by the mainstream media outlets and scholars, so the danger of military conflicts exists and is growing,” he said.

Ezra Vogel, Professor Emeritus at Harvard University and a leading US scholar on East Asian affairs, expressed the same concern in an exclusive interview with the Global Times.

“Unfortunately, there is [possibility of an armed confrontation]. Nobody wants it, and everybody would lose if a war erupts. But if you look at what happened in World War I, for example, it was started by a little event, and then the larger countries quickly became involved even though they had not planned to,” he said.

Vogel further said, “If there is a little scuffle in the South China Sea, it could soon escalate. And if the countries fail to control it, it could be devastating and everybody would lose. It is very scary.” 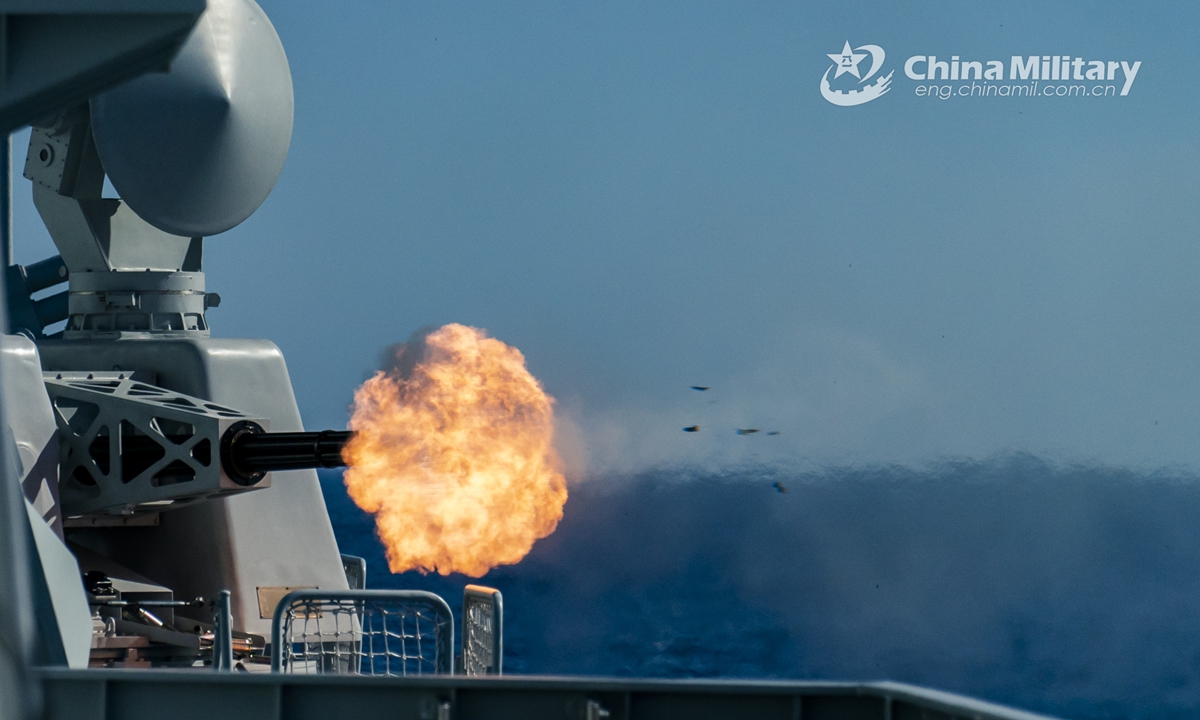 The guided-missile frigate Hengyang (Hull 568) attached to a destroyer flotilla with the navy under the PLA Southern Theater Command fires its close-in weapons system at a mock sea target during a maritime live-fire training exercise in waters of the South China Sea on June 18, 2020.File photo:China Military

An E-8C battlefield command and surveillance aircraft of the US Air Force again approached South China’s coastal province Guangdong on Tuesday morning in the sixth such operation in the past two weeks, according to the South China Sea Strategic Situation Probing Initiative (SCSPI), a Beijing-based think tank.

Citing SCSPI, media in the island of Taiwan said that US military aircraft have been frequently appearing in the Bashi Channel south of the island, and conducting reconnaissance operations on the Chinese mainland.

As of Tuesday, the US has conducted more than 60 close-in reconnaissance operations with large aircraft in the South China Sea, according to SCSPI. The US Navy also held dual carrier exercises in the South China Sea twice earlier this month, with B-52 and B-1B bombers also frequently operating in and around the region, media reported.

The Chinese People’s Liberation Army (PLA) also conducted intense drills in the South China Sea, including one in waters off the Leizhou Peninsula from July 25 till August 2, that the PLA said would feature powerful ammunition; one near the Xisha Islands from July 1 to 5, and many others with bombers, fighter bombers, anti-submarine aircraft, destroyers and frigates, media reported.

On potential military conflicts in the region between China and the US, Hu Bo, director of SCSPI, told the Global Times on Tuesday that the chance of a large-scale conflict between China and the US is minimal because both countries are nuclear powers. Even if the US frequently flexes its muscles in the South China Sea, it does not mean it is materially and mentally prepared for a major conflict.

Rumors say the US could launch attacks on Chinese islands and reefs in the South China Sea, but “this is basically impossible, as the US knows this will lead to an all-out war,” Hu said.

However, the possibility of small and medium-sized clashes, which could involve ship collisions and occasional firing incidents, is rising, Hu said, noting that the uncertainties mainly come from the US, including its upcoming presidential election, influence of domestic hard-liners, and potential escalations of aircraft and vessel encounters in the South China Sea.

“Maybe the US could start an armed conflict, but it would be up to more than the US to decide how this conflict would end, as China will and must safeguard its bottom line and dignity no matter how much it wants to maintain China-US relations,” Hu said.

Song Zhongping, a military expert and TV commentator, said, “Although US reconnaissance operations have increased, an incident similar to the one in 2001 would be unlikely as China has more advanced fighter jets and anti-air systems to warn and expel US aircraft.”

In 2001, a US intelligence aircraft, which was conducting a reconnaissance mission extremely close to South China’s Hainan Province, collided with a PLA fighter jet. The Chinese pilot is still missing.

But if US aircraft or ships in the region cross the bottom line of China’s security and sovereignty, and also ignore the warning, small-scale “firing incidents” could erupt, Song told the Global Times on Tuesday. Sailors wearing anti-flash gears to inspect and repair the operating equipment during a damage control operation aboard the guided-missile frigate Hengyang (Hull 568) during a maritime training exercise conducted by a destroyer flotilla with the navy under the PLA Southern Theater Command in waters of the South China Sea on June 18, 2020. (eng.chinnmil.com.cn/Photo by Li Wei)

Song said the US has no advantage in the South China Sea, and a typical Trump characteristic on military decision-making is that he really doesn’t want to get involved in a costly conflict with other countries, even if these countries are much weaker than the US, like Iran and Syria.

But US politicians believe that Taiwan is a card that can effectively influence the Chinese mainland, and the US Congress has already authorized the White House to boost military ties with the island. So it is very likely to see Taiwan military forces join drills organized by the US, or US military ships could visit Taiwan ports, Song noted.

Jin said patience is needed to handle US provocations on politics, trade and diplomacy, and wait until the next US administration.

“But there is no room for Chinese policymakers to compromise on sovereignty and security issues. The US could face a direct military operation from the PLA if it provokes China,” Jin noted.

At this point, deterrence is extremely important, Jin said. “Some US politicians who support a hawkish approach to China don’t even know China is armed with nuclear arsenals. This is truly dangerous, because it means your rivals have no idea about your strength, and then they will make stupid moves. We need to make our deterrence more visible, transparent and direct, to effectively deter any US military provocation.”

If the US crosses the red line and activates the Anti-secession Law of China, the PLA will give a stronger response than during the 1995-96 Taiwan Straits crisis, as the PLA is getting much more powerful and modern, analysts said. 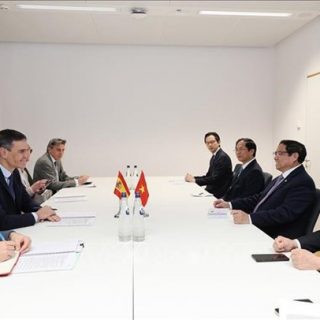 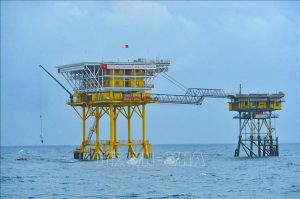 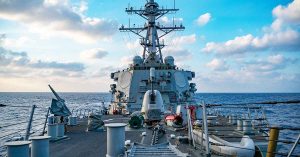 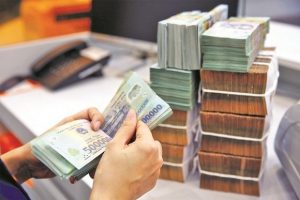